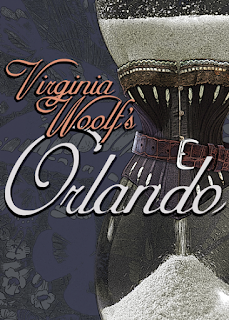 When I first saw a production of "Orlando" a few years ago, I found it long and tedious, so I was not sure what to expect with the current Lyric Stage production. Using an adaptation by Sarah Ruhl that pares the play down to a crisp 90 minutes, including a brief Intermission, Director A. Nora Long keeps the pace of the show going at a fast clip. The result was that I found myself engaged and entertained. The telling of this gender-bending and time-traveling tale is greatly enhanced by a simple and elegant monochromatic set design by Richard Wadsworth Chambers. Lighting Design by Steven McIntosh cleverly incorporates floor lighting that is used to suggest travel and movement as Orlando progresses from man to woman, and from century to century. Lush period Costumes are by Jessica Pribble. The production is presented in collaboration with the Suffolk University Theatre Department.

For those who know the backstory of the development of "Orlando," this play has been called "the longest and most charming love letter in literature." Virginia Woolf wrote the play as the embodiment of her love and friendship for Vita Sackville-West. Today, many of us often find ourselves as participants or listeners to conversation about "gender fluidity," But back in the Roaring 20s, when the play was born, issues of sexuality of any kind were not discussed in polite society. Virginia Woolf shattered that taboo with this play, and people have been buzzing about it ever since. Because during the course of the play Orlando experiences life both as a man and as a woman, the playwright is able to provide insights into both male and female sensibilities, proclivities, attractions, advantages, and challenges. The result is a play that challenges conventional thinking about gender, and leaves the audience to ruminate on many issues that are virtually imponderable.

This excellent drama is worthy of your consideration.